You might be wondering if within the Virtual World there is such thing as life. You might also wonder if between the millions of clusters of data that move through your system, there could be something similar to an intelligent and self-conscious being.

Inside a cybernetic world, Bit is alive. He is looking for something. He lives in a strange city full of droids and robots. Bit has a gun that he use to destroy enemies. But why?

This Bitlogic version is the orginal MSX game.

You might wonder if within the Virtual World there is such thing as life. You might also wonder if between the millions of clusters of information that move through your system, there could be some intelligent and self-conscious being.

Bit can help you to find an answer for that, the same way you can help him complete his mysterious journey. Both of you will move as one in a perfect User-Avatar interaction thanks to this advanced software.

In this game you must move Bit through 5 different areas.

Along areas, you can pick up some CHIPS. These chips are used to open DOORS. Each door needs a different number of chips to opened.

There are some SPECIAL ITEMS [CARTRIDGES]. One in each area. These items give you an extra life and they will reveal some information about Bit's mission.

You have an ENERGY BAR that starts to decrease if you are in contact with an enemy.

You can defeat ENEMIES shooting at them. Some of them need more than one impact to die.

Bit is heavy and he can’t jump. You must find the path to pick up all you need to end your mission. Feel free to fall from any height. Bit will not be injured after falling.

People from Karoshi Forum, AAMSX Staf for their support.

Thx so much for your post. I’m glad that you enjoy it.

Did you complete the game? ^_^ I hope you do it. Your brain gonna crash hehehe.

I'm pretty impressed with this game. Kind of metroidvania game on such a limited hardware. Too bad there's no jumping but still the graphics are fabulous for MSX. The intro and the manual are top notch. Amazing Work. :)

About no junping. It’s a gameplay design. I want to make a puzzle platform game where you must think where and when you must fall. When I design this make I have in mind three games: Phantomas 2, Flashback and StarQuake. In this last game, main character can jump. Another game without jump option and that it is a puzzle is Captain Toad, and I love it.

Follow me, cause soon, this summer, I release the PC version of Bitlogic, that a year ago was in Steam and Nintendo Switch avaliable. 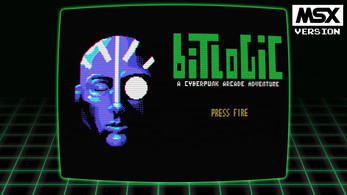 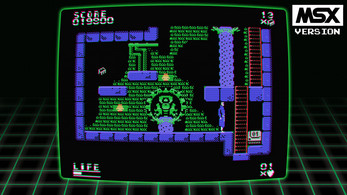 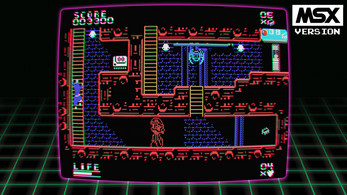 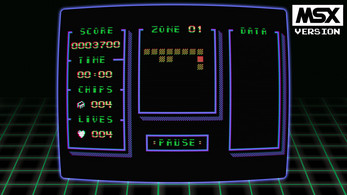